The increasing value being attributed to the individual means that everyone wants to have a voice in things. We’re feeling more self-confident and not afraid to say what’s on our minds. Read about how this trend, known as ‘Recentered Stage’, is being applied to flowers.

The world is moving at a fast pace. Big changes are happening, especially when it comes to the economy, ecology and globalization. These changes, however, aren’t being accepted without being questioned. Individual interests are important, and we’re speaking up for ourselves. This idealism – reminiscent of the sixties and seventies – means we’re more often taking to the streets to insist on getting what we want.

We expect the government to be honest and transparent, and we assess businesses according to the same criteria. With this expectation, we’re asking for a definite focus and for green products that represent an ideal: products that contribute to a goal. For flowers, this means that the story behind the product is very important.

In the ‘Recentered Stage’ trend, the strong stance taken by consumers is reflected in the design of flowers. Geometric shapes are absolutely essential as part of a whimsical cheerful look. Steps, rectangles, circles and archways are given a prominent role. Sometimes the patterns overlap to create a sense of depth in the designs.

Flower arranging often involves the use of color contrasts with the result being harmonious instead of garish. An example would be the contrasting of soft pastel colors with vivid colors such a yellow, terra cotta, blue and purple. Geometric shapes are used in a whimsical way, as if they had tumbled out of a box of blocks. Standard bouquet shapes are making way for interesting relationships of shape.

Enjoying spring flowers for as long as possible

If you literally want to experience the spring season up close, why not bring spring flowers into your home. But how can you make sure that you can enjoy your gorgeous bouquets for as long as possible? 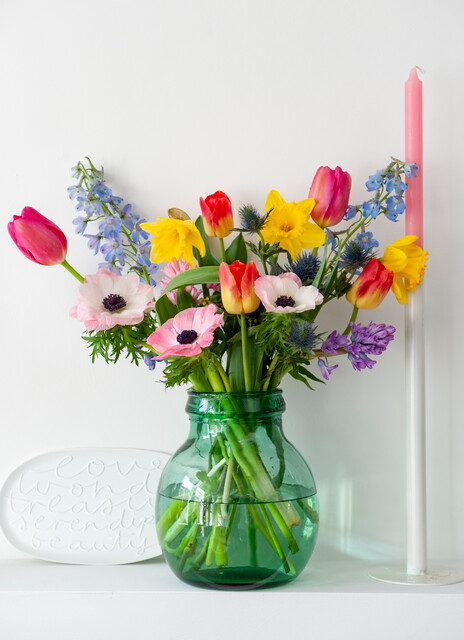 Working from home has become the new normal. If you are going to spend a lot of time at your home office, you may as well make it cheerful and inviting with flowers. That way, you will always be working with a smile on your face. 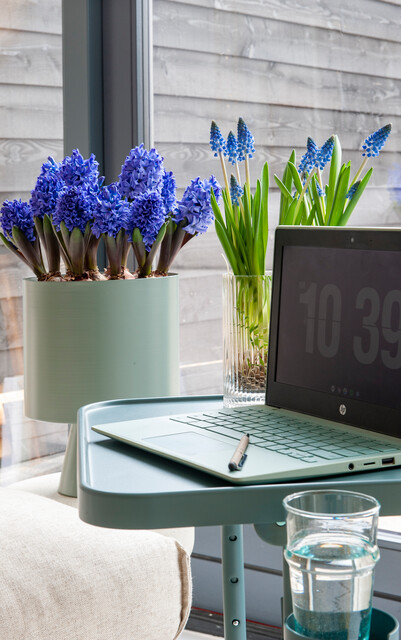 Happy Easter with lots of flowers

Don't just enrich your interior during Easter with a few flowers, but choose lots. Green is hip and happening and indoor gardens are the new trend. 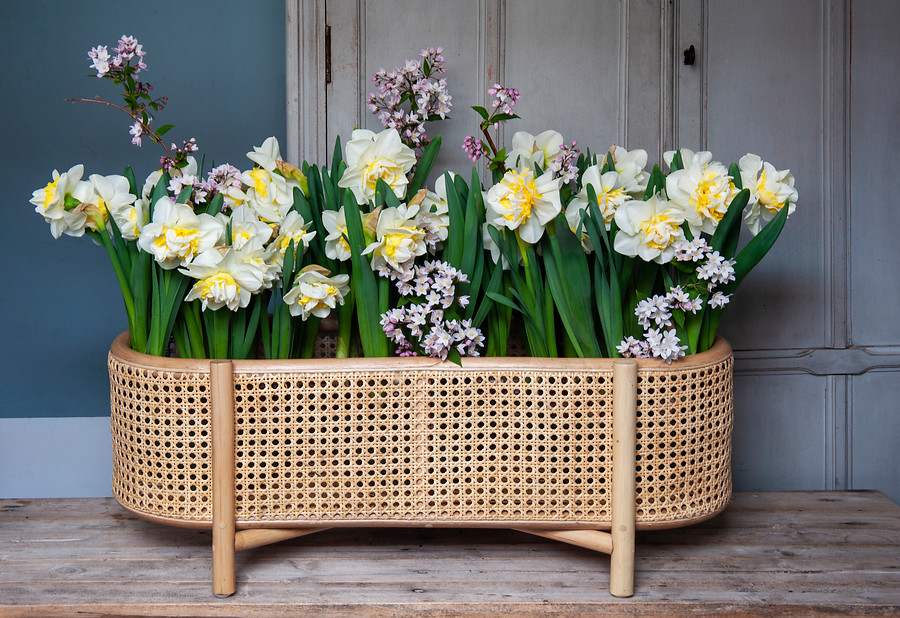